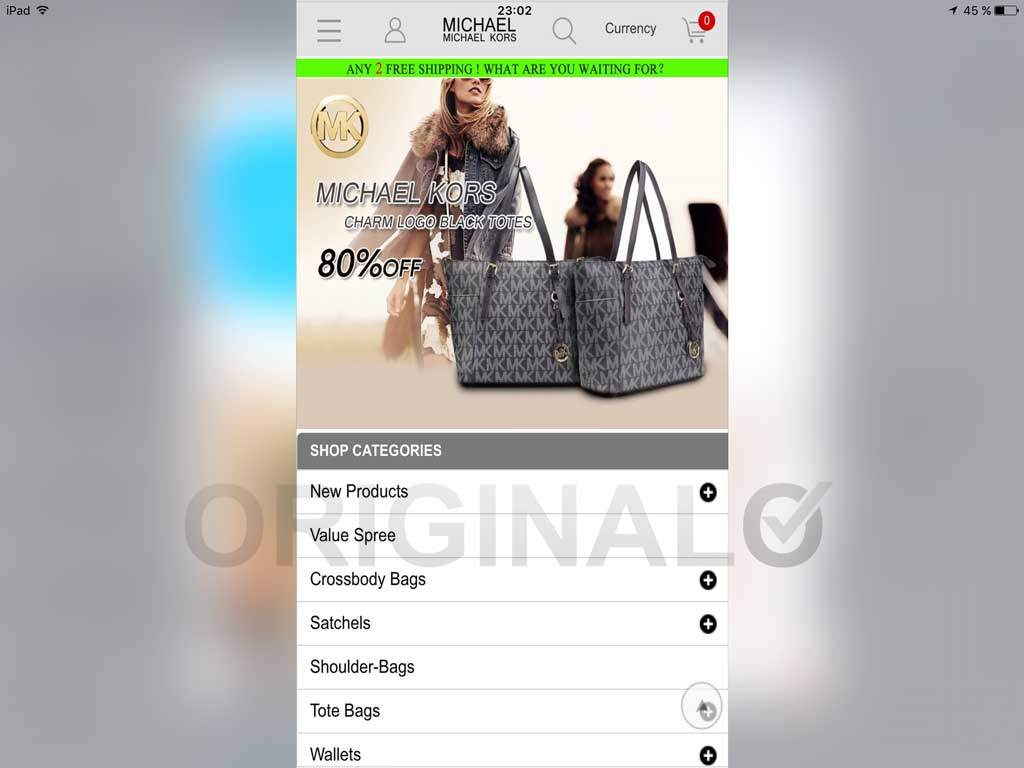 What are fake apps?

There is no exact definition for fake apps. The word "fake" comes from English and means "counterfeit" or "false". Fake apps are therefore literally app fakes or false apps. Basically, however, this refers to apps, especially for smartphones, that copy the name or design of apps from well-known companies and brands. The user is supposed to believe that it is an original app. Thus, the user is tricked into downloading and installing the fake app.

Fake apps are a relatively new phenomenon. On Originalo.de, the first time was in early October 2016 Fake app reported by users. On 30.10.2016 the topic was discussed by the New York Post communicated to the public. The phenomenon became known worldwide through the article "Fake Retail Apps Are Surging Before Holidays" by The New York Times.. In early November, Apple deleted hundreds of fake shopping apps from your app store. However, new fake apps keep popping up.

Target of the scammers

Even though there may be different reasons for fake apps, the basic motivation of every provider of a fake app is to scam money. The scammers use various methods to get their hands on the money of unsuspecting users.

The user is supposed to be tricked into making purchases via the app. This is how the scammers want to get the user's payment information and money.

In addition, a fake app can install malicious software on the cell phone, which then spies out personal data and transmits it to the scammers. These data records are then resold or, in the case of credit card or account numbers, used to charge money without authorization or to buy products with these payment data.

Fake Shopping Apps: Fake shopping apps pretend to be an online store and lure customers with extremely low prices for designer and branded goods. If the customer then buys e.g. fashion or technology via this fake shopping app, instead of original products he only receives so-called plagiarized products or no goods at all. An exchange or the reclaim of the purchase amount is usually not possible.

Fake Brands Apps: These apps either copy the design and name of popular brands so that users make purchases through the supposedly genuine app and the purchase amount of the transaction is forwarded to the fraudsters. Prominent examples of this were Footlocker fake apps or Michael Kors fake apps. But also the app of the streaming service Netflix was available as a fake in the Google Play Store and had the goal of tapping customers' account data.
Fake brand apps can also aim to take over the user's cell phone. In this case, malware (e.g. a Trojan) is installed with the fake app, as recently happened in the case of the Netflix fake app.

Fake Follower Apps: Recently, fake follower apps have become very popular, which lure users with the promise of generating more followers, Facebook friends, YouTube subscribers or similar by downloading them. Through these apps, the data entered by the user is tapped and offered for sale via dubious sources.

How can you recognize fake apps?

These tips can help you avoid being harmed by fake apps:

App stores - Avoid app stores from third-party providers or unknown app stores. Although the Google Play Store and Apple's App Store are also affected by fake apps, this is less often the case and is usually discovered more quickly. Third-party app stores usually do not have the means to check all offered apps. This makes it easier for scammers to distribute fake apps via this route.

App reviews - Most popular apps have reviews from users of the app. If other users warn against installation in reviews or point out fake apps, avoid downloading them. Also, if you find many reviews that sound fake or very generic, you should become suspicious.

App descriptions - Take a look at the app description. If it is riddled with spelling mistakes or even missing altogether, then it is an indication of a fake.

Update the operating system of your smartphone - Make sure that you have downloaded the latest security and operating system updates. These updates usually include patches to protect your device from the threats like backdoors and Trojans.

What to do if you have installed a fake app?

If you have already installed a fake app, there are some important steps you should follow to avoid being harmed by the fake app. This will protect your personal data, such as name and address, as well as banking data or confidential information from being spied on by third parties.